Sinorblog / Digital Marketing in China / Move over Gen Y and Z: the rise of older KOLs in..

Move over Gen Y and Z: the rise of older KOLs in China

When we talk about KOL marketing in China, the conversation tends to revolve around younger – that is, millennial and Gen Z – KOLs. This can be for a number of reasons: the “cool factor” that youth can give brands; the growing spending power and influence of this demographic; the idea of “getting them young” and cultivating loyal customers who will stick with brands for years.

But just because we don’t talk about older KOLs in China doesn’t mean they’re not out there. In fact, we’re seeing a trend of older KOLs growing in popularity on major platforms like WeChat, Douyin and even that youth-focused platform Little Red Book, which could have important implications for brands looking to market to Chinese consumers.

Why do older KOLs in China matter?

Marketers may in fact have been doing themselves a disservice by neglecting older generations. While few would deny older generations tend to be wealthier, being typically farther along in their careers, there is a perception that these generations are more thrifty and therefore tend to spend less. A joint survey by KPMG and Mei.com, however, has shown that spending by non-millennials is not as far behind millennials as some might assume, with 20% of non-millennials spend RMB 8001 or more each month, compared to 16% of millennials. 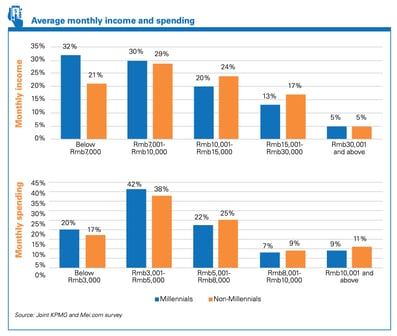 The survey also shows their demand for key luxury products is about on par with millennials in most categories, with the exception of cosmetics and perfumes. 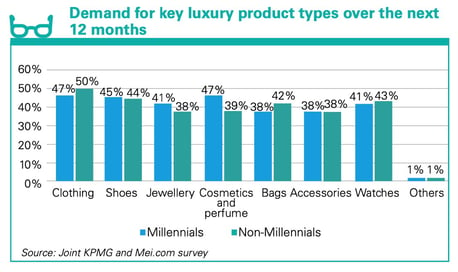 This shows they are spending nearly as much time online as their younger counterparts, and relying on the same sources for information. According to the survey, 13% of non-millennials were influenced by KOLs, while 16% said they were influenced by social media recommendations.

This makes older KOLs in China a key opportunity for marketers, providing an important touchpoint for this demographic along their sales journey – and remember, the average Chinese consumer requires 8 touchpoints before making a purchase, which is twice as many as Western consumers.

So how can marketers take advantage of older KOLs to target a different, potentially lucrative audience segment? We look at some of the key categories where older KOLs perform best.

When it comes to fashion, not everyone is so keen on the “mutton dressed as lamb” look. Gen X-ers and older are looking for fashion advice that is stylish, sophisticated and age-appropriate. That’s perhaps why some of the most respected and influential fashion KOLs are Gen X-ers, including CEO and editor-in-chief of Elle China, @晓雪, and executive publisher of Harper’s Bazaar China, @苏芒. Fashion brands that cater to Gen X-ers and Baby Boomers, therefore, might consider engaging older KOLs in fashion campaigns.

@苏芒, from her Weibo site 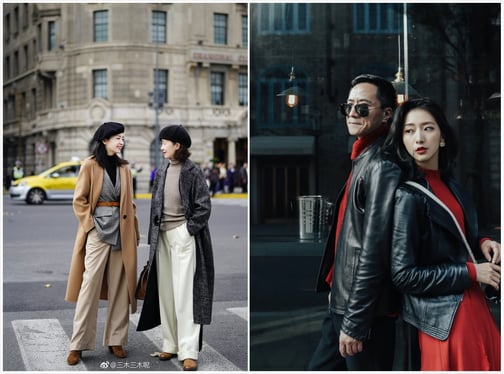 This type of content has proven to be particularly engaging – rather than being purely about superficial appearances, it’s also about promoting family values and connection, and this emotional aspect has been shown to be quite captivating. And because it involves multiple generations, it has the added benefit of appealing to both young and old – so marketers can potentially snap up two demographics for the price of one.

Travel is another key category for older Chinese consumers. As they move up in their careers and start earning higher incomes, and eventually move into retirement, more and more are looking to expand their horizons by travelling overseas. In fact, Chinese outbound tourism has become the biggest tourist segment in the world. A McKinsey report also found that, rather than simply shopping, the Chinese tourist is more interested in unique experiences – and travel KOLs are the perfect source for information about such experiences.

With over 3.5 million followers, one of China’s most popular travel KOLs is Gen X-er @行走40国, who posts photos from exotic travel locations such as Tibet and Africa. There’s also the adorable @花甲背包客, a globe-trotting couple in their 60s who has travelled to such diverse locations as the UAE, New Zealand and Singapore. With over 200,000 followers on Weibo, they were recently named one of the top travel influencers of 2017 by online travel platform Qyer.

Another key category for this demographic is food and beverage, as well as nutrition, which again is largely a result of rising incomes, as well as more exposure to outside cultures through things like travel. China is now the world’s largest consumer market for food and beverages, with an average import growth rate of approximately 15% during the last five years. As evident by the huge popularity of vitamin, herbal and mineral supplements like those produced by Swisse, this demographic is also highly health-conscious, and will look to reputable older KOLs for nutrition and diet advice.

Some key older KOLs in this area include @美食家大雄, a family man and foodie who shares recipe ideas, cooking tips and posts from restaurants, with over 7 million followers; French food blogger Antoine Bunal @安闹闹的闹厨, the #1 foreign food influencer in China who earned a spot on Topklout’s Top 100 Influencers on Chinese Social Media in 2016; and nutritionist @蔻蔻的甜与蜜, who also posts food- and travel-related content and has over 1 million followers.

There’s another growing trend that brands looking to appeal to older demographics could potentially tap into: “tuwei” KOLs. These KOLs are typically older themselves, and from small towns or rural areas. Their content is in stark contrast to the content from urban KOLs, which is often highly stylised, manicured, Photoshopped and filtered to within an inch of its life. Tuwei content is instead unabashedly authentic, showing a warts-and-all view of their provincial lives, whether it’s a video of the latest harvest or village kids doing drag comedy in their mother’s dresses. Because of this authenticity, this content is seen as refreshing to urban users, as well as nostalgic. Not to mention tuwei content is often very humorous, as it doesn’t take itself too seriously.

One such tuwei KOL is happy-go-lucky chef Meishi Zuojia WangGang @美食作家王刚, with over 2 million followers, who made the Chinese internet simultaneously gag and applaud with his way-too-realistic recipe videos, featuring graphic depictions of the slaughtering process. 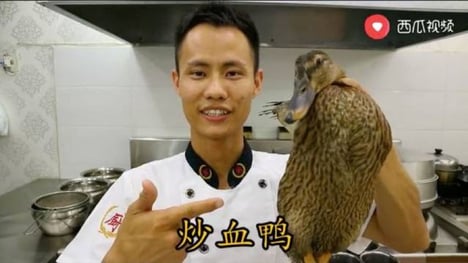 While this type of content is obviously not right for all brands, it could be an interesting trend for those with some connection to rural life – food and beverage brands who use organic produce and promote healthy living, for example, or clothing brands who used all-natural, sustainable materials.

With age comes experience, knowledge and wisdom, which is why older KOL are particularly popular in the business and education space. Some examples of KOLs in this area are @罗振宇, who hosts his own immensely popular online talk show Logical Thinking (Luoji Siwei) and is the founder of the knowledge sharing app iGet (得到), and @新东方王江涛, a famous teacher associated with the New Oriental English training organisation.

While the youth factor of Gen Y-ers and Z-ers can be seductive, there’s a lot to be said for the older Chinese consumers – they’re sophisticated, at the height of their spending power, and once you’ve won their esteem, they tend to be far more brand-loyal than those fickle youths. The rise of older KOLs in China shows this demographic is also hungry for information and entertainment that is relevant to them – and brands who deliver will be far more likely curry favour.

The world of KOL marketing is full of exciting possibilities, but before you leap in, you have to make sure you know exactly what it takes by watching the recording or our webinar on KOL marketing.