Sinorblog / Chinese Consumers / How to appeal to Chinese millennial consumers

How to appeal to Chinese millennial consumers

China’s millennials present a new generation of consumers. As a highly influential group, they are the driving force behind the consumption growth in both local and international markets. However, they have vastly different lifestyles and aspirations when compared to previous generations of Chinese consumers. With their spending patterns and increasing use of online commerce, it comes as no surprise that companies must rethink their business strategy if they want to target millennials.

Chinese millennials - Who are they? 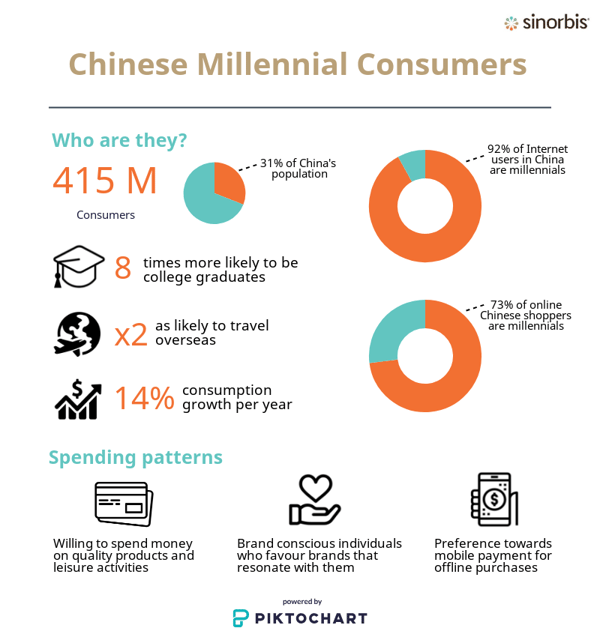 Chinese millennial consumers are those born in the 1980s and 90s. This generation represents 415 million consumers, making up a stunning 31% of China's total population. Chinese millennials typically enjoy a higher standard of living compared to their parents - the annual disposable income for a middle-class household has grown from 9,000 RMB to almost 30,000 RMB between 2005 and 2015 alone. They travel overseas twice as much as previous generations, are usually well educated and are more likely to have studied abroad. This global mindset has led them to become more individualistic and open-minded to new things.

It is this younger generation that will drive future growth in spending. They have huge potential to influence the consumer market dynamics. According to BCG (2015), consumption by young Chinese consumers is growing at 14% per year – which is twice that of the older Chinese generation.

It is this younger generation that will drive future growth in spending.

Lifestyle and spending patterns of the new generation

Unlike their parents, the younger generation did not live through the same difficult and unstable economic conditions. In fact, most of them were raised at a time when the Chinese economy and wealth was taking off. During this time, there was also the one-child policy. As the only child in their family, they were the centre of their universe when they grew up. Their parents and grandparents were willing to give them the best. As a result, their spending patterns tend to be more generous. They are more willing to spend money on quality products and leisure activities to enhance their lifestyle.

Having grown up with the Internet, Chinese millennial consumers are more receptive to new, emerging technology. They are huge users of social media and online shopping. In fact, 92% of Internet users in China are millennials with the majority of them being mobile-first. They use their mobile to chat with their family and friends, and share their experiences on Chinese social media platforms such as WeChat.

Chinese millennials are also the core drivers of the e-commerce boom, making up an impressive 73% of online Chinese shoppers. As digitally-savvy users, they find it easy to navigate and shop online. It is convenient, and they can access and research a huge variety of products before making a purchase.

Recommendations to appeal to Chinese millennials

Once you have a general understanding of Chinese millennial consumers, the next step is to adapt your marketing strategy accordingly. For foreign businesses entering the China market, social media and e-commerce are a must.

Below are a few recommendations (and great case study examples) on how you can appeal to the Chinese millennial consumer.

Chinese millennial consumers are sceptical of blatant advertising. Instead, they prefer a much more personalised, distinctive messaging they can resonate with. They value having an emotional attachment to brands.

A good example is Longchamp, a French luxury leather goods company. Longchamp leveraged the power of social media and mobile shopping to effectively appeal to Chinese millennials. Using WeChat’s mini app, they created an e-commerce platform for online ordering and payment. Users could customise their purchases within the app. They could select the colour of the bag, badges and even imprints. Afterwards, they could use WeChat pay to track their shipment.

Chinese millennial consumers prefer brands that they can relate to – a brand that understands their needs and desires.

An effective marketing strategy is the Coca-Cola’s ‘Share a Coke’ campaign. It was highly successful in appealing to the Chinese youth. By recognising that teens use modern communication to express themselves, Coca-Cola leveraged upon this opportunity. They created 35 different coke bottle labels using a mix of emoticons, numbers, characters and graphics. This allowed them to build meaningful conversations with millennials by speaking their language. For example, the code 521 is frequently used by Chinese youth to express ‘I love you’. 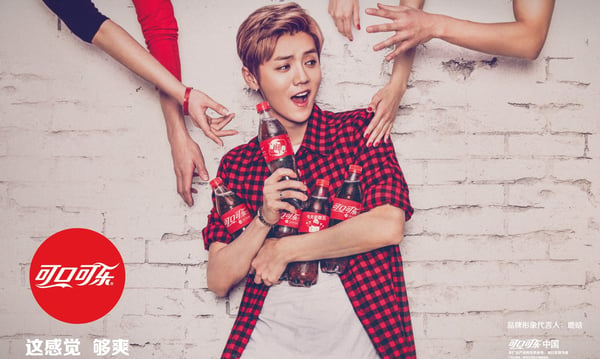 Add a touch of nostalgia

By adding an element of nostalgia in the marketing promotions, foreign brands can effectively reach Chinese millennials on a more personal note. For example, crafting stories that are authentic – ones that relate to childhood memories and have an emotional resonance works very well.

Apple aired their first TV advertisement for China in 2015, named ‘The Old Record’. It depicts the story of a young Chinese woman who re-created an old Chinese pop song ‘Eternal Smile’ by Zhou Xuan as a gift to her grandmother. In this heart-warming ad, it brings back fond memories of the past and makes viewers reminisce about their childhood. It is the love and care of the two generations that touches the emotions of millennials.

Be fun and creative

Chinese millennials are captivated by fun and interaction. They prefer brands that are sincere and genuine, yet at the same time have an element of ‘playfulness’. They enjoy interacting with brands online and on social networks.

Calvin Klein tapped into the idea that Chinese millennials like to share their experiences on social media. They used outdoor digital screens to encourage pedestrians to scan a QR code and then share a picture of themselves with their friends on WeChat. By doing so, they had a chance to win a gift and be featured on the screen. This campaign was a huge success. 808 people scanned the code and 504 people took a photo, with 74 photos shown on the LED screen. 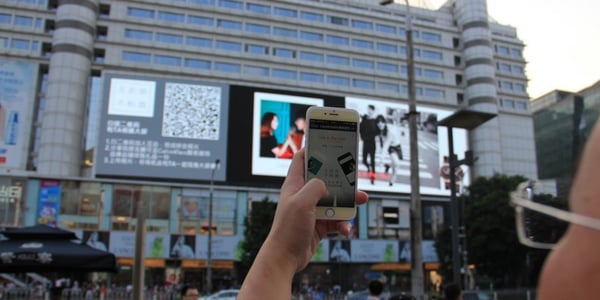 A quick guide to Oasis, one of China’s latest social media apps