Opportunities for the Australian education sector in China

While most tertiary education providers are aware of the importance of Chinese international students to their market, the opportunities aren’t limited to this sector. Indeed, there are many educational opportunities that Australia – and indeed other countries – can take advantage of, from K-12 all the way through to postgraduate and vocational education.

To learn more about the exciting opportunities for the education sector in Australia and around the world, we spoke to Rhett Miller, Consul and Trade Commissioner (Education North Asia) of the Australian Trade and Investment Commission (Austrade). Here are some of the key insights from our discussion.

Understanding the appeal of your institutions

Australia, says Miller, is one of the leading destinations for international students worldwide, punching well above its weight. Understanding the factors that attract international students, including those from China, to our shores, is key to creating compelling messaging. This is particularly important for regional institutions wishing to tap into this market – indeed, Austrade is actively looking at ways to promote study destinations outside of the major metropolitan areas to Chinese students.

Here are some of the reasons Australia is such a draw to international students.

Quality of the education 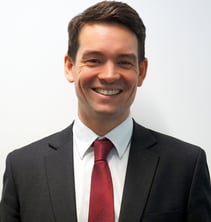 Another key factor is the fact that many Australian institutions recognise the Gaokao, China’s higher education entrance exam, making the Australian system seem more merit-based than other systems.

Australian classrooms are some of the most internationalised in the world – and this fact extends beyond universities to the school and VET sectors as well.

“In universities, for example, over a quarter of the cohort in many institutions is international, meaning that Chinese students are getting a global experience when they study at Australian providers. This gives them an international skillset, which I think is really valuable in the era of global markets, and particularly as China itself internationalises and increases its influence globally,” says Miller.

Australia has a reputation for being one of the world’s safest countries, with a highly desirable lifestyle – indeed, Australian cities regularly rank among the world’s most liveable cities, with Melbourne taking the top spot several years running in the past. Add to that Australia’s relative proximity to China, the overlapping time zones, and the existing large Chinese communities, particularly in Sydney and Melbourne, which all make Australia more inviting to Chinese students.

Australia has some of the most generous post-study work rights in the world, with international students allowed to work two years after they graduate. Students also have the ability to work during their studies too – their visas allow them to work 40 hours per fortnight during term time, and unlimited hours during breaks. This means that, in addition to a high-quality education, students can also gain valuable international work experience in the way of internships and graduate employment that makes them all the more employable when they return to China (which the majority do).

In 2016, the Australian government changed student visa rules so that students age 6 and above could apply for them, regardless of their country of citizenship. Their guardians could also apply for guardian visas. This has made Australian education more accessible to younger students, leading to more enrollments at primary and secondary school level.

“Certainly we've seen good growth, particularly in the primary school area,” says Miller. “In terms of the secondary system, over half of international students in the secondary school system are Chinese in terms of nationality. And it remains obviously a market of great interest for our schools.”

However, what some people might be less aware of is the provision of secondary education by Australian providers in the Chinese market, which has become quite substantial over the years. The VCE (Victorian Certificate of Education), for example, is now being offered in 28 schools in China, making it the most popular Australian curriculum in the country. This helps create greater demand for Australian institutions, with over 94% of VCE offshore graduates choosing to study at Australian universities. This has two-way benefits for students and staff too, with exchanges frequently occurring between partner schools in Australia and China. Austrade is also looking into ways to get more Australian schools to set up campuses in China.

China has the world’s largest K-12 online education market, as well as one of the largest adult online education markets, and Australia is well-situated to take advantage of that due to their expertise in the edtech sector. In fact, Austrade recently hosted a program at a startup hub in Shanghai known as The Landing Pad for Australian edtech providers, to educate them on the market and help to connect them with investors and collaborators.

There’s certainly plenty of opportunity here, therefore, for Australians to bring their unique brand of innovative and world-class education solutions to this burgeoning market, from preschoolers all the way to adult learners. (For more information on the edtech opportunities in the K-12 sector, check out this comprehensive report by Austrade.)

It’s important to bear in mind the long-term benefits of opportunities such as these, as they also serve to further strengthen our already “deep and constructive” relationship with China, say Miller. The hundreds of thousands of Chinese students who return to China, after having studied in Australia, continue to have close ties with the country. The flow is also going the other way, with China the number-two destination for Australian students studying abroad in 2015.

“International education really serves as the fundamental people-to-people link, which underpins a lot of the Australia–China relationship,” says Miller.