Studying overseas as a Chinese international student: my personal story

I never really considered studying overseas until a friend of mine mentioned that she was looking into it as an option during our final year of high school. I was born and raised in Ulanhot, a third tier city in Inner Mongolia, so at that age I hadn’t done much travelling at all – not even in China. But my friend’s suggestion had put an idea in my head.

Needless to say, that my parents were far from thrilled with the thought of me studying in a foreign country. “Don’t even think about it,” my mum said. “You’re still a child.”

Like most teenagers though, I turned a deaf ear to my parents instructions and kept looking for more information about overseas study whenever I had a little bit spare time in the stressful year leading up to the all-important Gaokao exam.

It’s hard to imagine for non-Chinese people how decisive the Gaokao is. The results determine whether you will be admitted to the country’s top universities and even one slightly lower mark in one subject can limit your opportunities. I had my eyes set on Dalian Ligong University, which is very well-known and competitive within China, meaning that I would have to get top marks.

As luck would have it though, I got an allergic reaction to an ingredient in a dish my mum prepared just before my last exam. I felt so sick that I couldn’t answer all the questions. And while I still passed, the results weren’t good enough to get into a very good Chinese university.

It was only then that my parents started to warm to the idea of me studying overseas. They wanted to make sure that I would still receive the best possible education – and the opportunities that come with it.

Deciding on an international study destination

Accessing reliable information about studying overseas was not an easy task in Ulanhot in 2010. At the time, there were only two study agencies in the city and online information was virtually non-existent.

Some English websites did come up on Baidu, but it was impossible for me to open them because Chinese internet regulation prevented them from loading. Even if the sites did open, the information was all in English and I didn’t feel confident enough in my abilities back then to make such an important decision based on information in a foreign language. Plus, my parents don’t speak English at all. If universities want to make it easier for Chinese students to understand what they offer, I’d really recommend providing more information in Chinese. There was no way for us to figure this out on our own

It turned out that one of the agencies was run by my father’s friend which made the decision on a service provider easy. The study agent recommended Ireland, Sweden and Finland to me as study destinations because universities in these countries all offered classes in English and stood out for the safe environment and overall quality of life.

During this period, many TV shows in China reported a lot about crime and safety issues in the US which ruled the country out for my parents. I liked the idea of going to Sweden and prepared my application accordingly. But then I learned that as a Chinese citizen I had to wait until I was 18 to study there. It’d have meant to hold off for another year.

In the end, Ireland won out as a study destination because of its environment, the relatively low cost of living and the fact that I could start studying there immediately. What’s more, a friend’s daughter was doing a degree in Ireland already and being able to speak to someone directly about their experience made us feel more confident in our decision.

I started my overseas studies with a one-year pathway program in Dublin to give myself more time to ease into a new culture and language. I have to say that the Irish accent tripped me up quite a bit in the beginning. Having a simple conversation about the weather seemed more difficult than my English exam in the Gaokao. 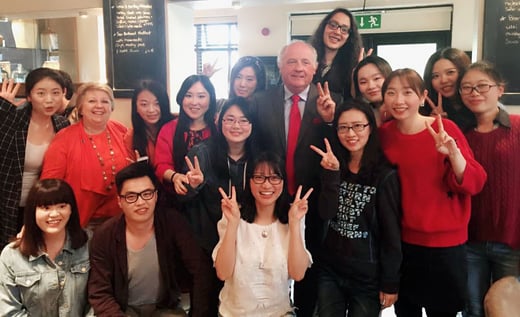 I could understand English well enough to follow along at school but organising everyday things could at times be very difficult. For example, my homestay had been arranged when I was still in China. When I started my classes, it turned out that the commute to and from school took more than one hour each way. I obviously wanted to move somewhere closer.

To arrange a different place to stay, I had to ask our family friend in Ireland for help and I’m not sure what I would have done without her at the time. Especially in the first few months, I think it can be very difficult for an international student to express their needs. You’re still adapting to a completely different culture and feel a bit shy about raising your concerns. Again, making some of this practical information available in Mandarin could have made it a little bit easier to settle in and overcome some of these early challenges.

Applying for my undergraduate degree

The school where I completed my pathway program gave us some recommendations on where to apply for undergraduate degrees and helped with the application process. Since I wanted to study hotel management, I put in an application for a place at the Shannon College of Hotel Management and was accepted.

One thing I realised in the first couple of years in Ireland is that applying for a degree at an international school or university is not that difficult. You just need to know how it works which is where there are still a lot of information gaps between the universities and the Chinese students looking to apply. Because the digital ecosystem in China is so different, it can still be difficult for prospective students to find reliable resources.

Many institutions could also leverage their current Chinese students and alumni more in the process. In a way, they are your best KOLs in China. It just adds an extra layer of credibility and perspective if you hear about the experience from someone who’s gone to study overseas themselves. I now often give advice to the kids of my parents’ friends who want to study overseas.

Adapting to a new way of studying

The transition from pathway to university was difficult. The classes were quite demanding, and we had exams all the time. I was lucky that I didn’t fail any of them, but some of my friends were struggling a bit. I don’t think that their agents in China really made it clear to them what level of English it’d require to study at an overseas college or university.

Some students would have got more out of their degree if they had worked a bit more on their English language skills while they were still in their home country. This also showed in the drop-off rate for my degree. Out of about 40 students at the beginning only 25 ended up graduating.

This result could maybe be improved if the school provided more independent information on the English proficiency requirements on their Chinese website and avoid problems and disappointments on both sides.

Something else I had to get used to was that I suddenly had so much freedom in terms of how I wanted to structure my studies. In China everything is scheduled and prepared in advance. You just follow the lead of the teacher and try to remember as much as possible from the classes.

I had to learn how to take control of my time. At the beginning I still tried to apply the Chinese way of learning, but I noticed quickly that this wasn’t really working. My classmates had much more of a social life and I realised that this was also important. That’s when I started to make friends with people from other cultures, which was a lot more fun and helped to further improve my English.

From Shannon to Sydney via the United States

As I was progressing through my degree in Ireland, I knew that I wanted to travel more. So, when I saw an internship opportunity at the Marriott Hotel in Maryland/United States, I decided to apply.

I didn’t think I would have much of a chance being a Chinese student in Ireland, but to my surprise I got an interview (via Skype) and received an offer.

While my parents were keen for me to return to China after the one-year internship, I still wasn’t quite ready. That’s when I started to look for a suitable location to pursue a postgraduate degree. Australia quickly became top of the list because it has the same university system as Ireland which made it much easier to apply. To qualify for a postgraduate degree in the US, I would have to do another test.

Another factor that helped with the decision was that a friend who had completed his degree in Ireland before me was already studying in Australia and was posting lots of photos on WeChat. It looked like a great place to study and travel. 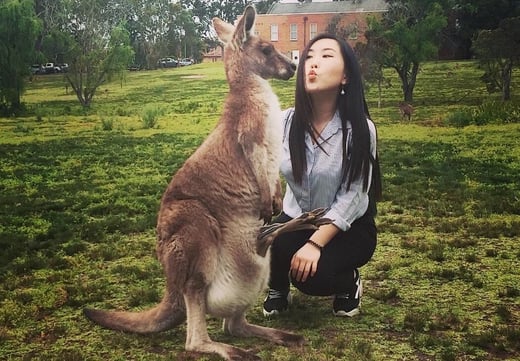 Right after I finished my master’s degree in marketing at UNSW, I am now excited to work at Sinorbis. What a great opportunity to combine both my personal experience and education to help universities to market more effectively to Chinese students.

Why Chinese international student demand is shifting to the UK