With nearly three billion monthly active users, Meta’s Facebook can lay claim to being the greatest social app of the past decade.

And yet nearly 18% of the global population is effectively out of its reach: 1.4 billion residents of China.

This is because Chinese authorities blocked access to two of the five “FAANGS” - (F)acebook, and (G)oogle (but not (A)pple or (A)mazon, although it would later block (N)etflix) - and Twitter following protests in China’s Xinjiang province in 2009.

While it is possible to circumvent the Great Firewall using a VPN, only a tiny proportion of Chinese people (estimated at around three million) - do so to use Facebook.

Because within the walled garden of China’s unique digital ecosphere are a range of “locally grown” social media channels, search engines and e-commerce platforms as good as, if not better, than those of the West.

WeChat - a digital daily staple of many Chinese - is, without doubt, the standout Chinese social platform, but while it is often referred to as the “Chinese Facebook”, it is so much more.

Owned by Shenzhen-based tech superstar Tencent 腾讯, WeChat (Weixin 微信) rose to prominence after the 2009 blocking of Facebook, Google and Twitter when Tencent launched it as a WhatsApp-styled messaging app in 2011.

In the decade since, WeChat has evolved into China’s largest multi-purpose messaging, social media, and payments app, holding third spot globally ahead of Facebook and Twitter in terms of monthly active users. 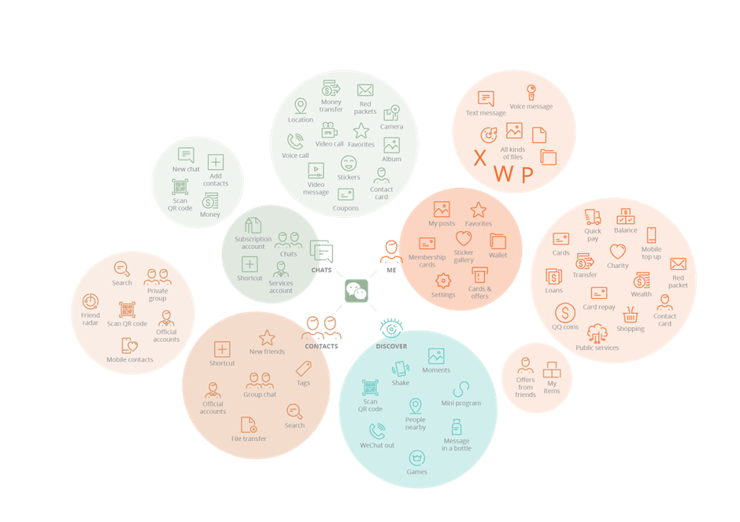 As a broad overview of WeChat user behaviour, these statistics are compelling:

Digging deeper into WeChat user stats, digital marketers will be drawn to the fact that under-30s account for over half of WeChat users in China compared to Facebook’s 30% of users who fall into the 25-34 demographic.

It could be assumed this high proportion of under-30 users is primarily due to the Great Firewall preventing the use of platforms such as Snapchat and Instagram that have been popular with this demographic.

However, a 2018 Stanford study revealed that even when given tools to bypass the Great Firewall, nearly half of the student participants in the study access Western platforms.

The Stanford study is indicative of how much China’s homegrown “BATS” (Baidu, which has arguably been superseded by ByteDance, Alibaba, and Tencent) have tapped into the digital needs of the population to offer a digital experience comparable to the West, if not better.

With this in mind, what are the key differences between the two digital giants, WeChat and Facebook? 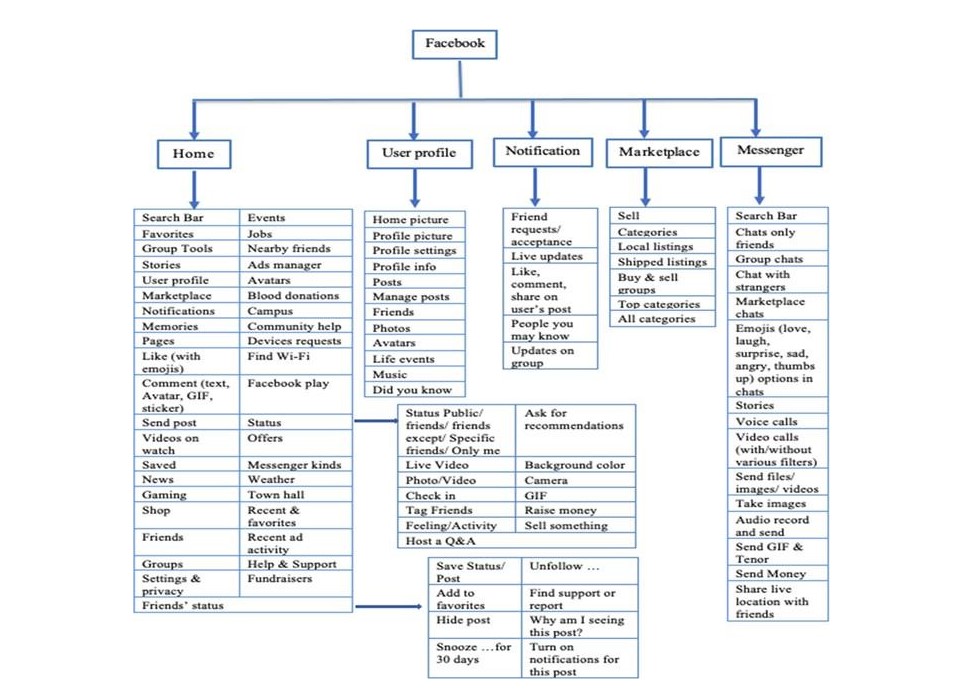 Unlike Facebook, which can be set up with either an email address or mobile number as a nod to it still being accessed on both digital devices and computers, the ubiquitous nature of mobile use in China means WeChat has been designed so it can only be set up via a mobile (although once set up, it can also be accessed from a desktop.)

Facebook has a desktop-focused design that has changed over time to accommodate greater mobile use, whereas WeChat was designed specifically for mobile access. This is reflected in a more orderly designed Facebook interface compared to WeChat, but given so many users of WeChat have never known anything else but its interface, this poses little problem to users. 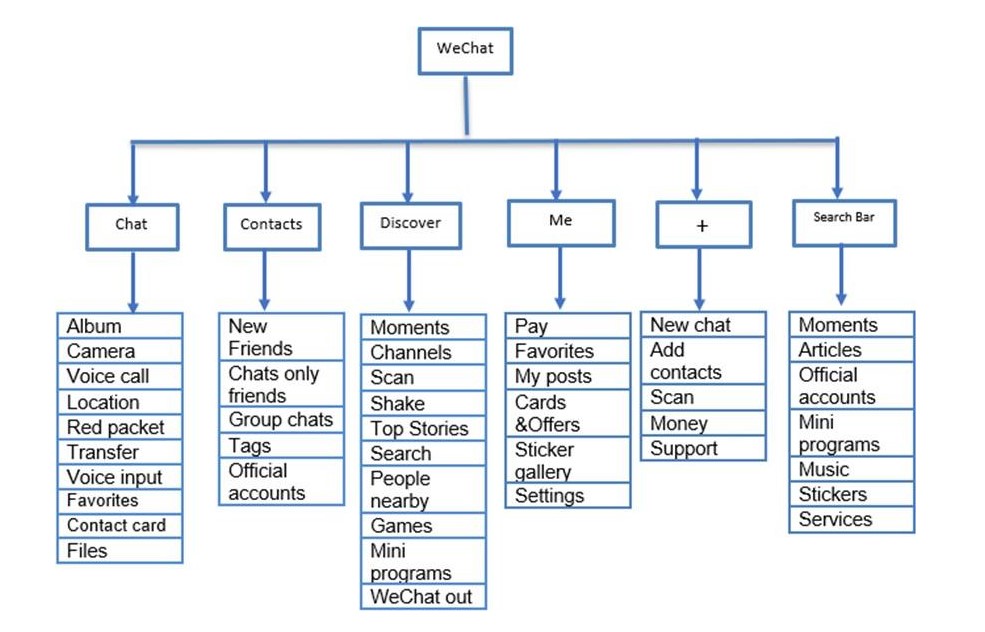 While Facebook holds the digital marketing crown (at least for now in the West) for the way it has created a platform via which targeted ads and advertising space can be maximised (particularly for video), WeChat has a singular advantage - it is a self-contained platform offering a plethora of in-app functions. This means the user journey is far cleaner on WeChat, with no third-party click-throughs and a large audience heavily reliant on its sleek, integrated design.

WeChat’s design and in-app functions allow for far more scope in terms of services and features available: From messages to phone calls, gaming to shopping, and much more, WeChat users are treated to a digital experience akin to bringing together Instagram, Facebook, WhatsApp, Pinterest, Venmo, Uber and much more into one super “one-stop-shop” app that many Chinese users would find it hard to live without.

Here is a quick guide to some of the standout features for WeChat digital marketing in China.

Since WeChat was first rolled out for messaging it has built this out into a variety of formats:

To give some perspective on the enormity of this feature, it is estimated WeChat users send over 45 billion instant messages per day!

While Facebook has had some success in the payment space with its Facebook Marketplace, this pales in comparison to the centrality of the payment feature within WeChat where you can place orders for goods or services, pay bills and transfer money, effectively combining WeChat user wallets with their prime social media platform.

“Mini Programmes”, or “apps within an app” (third party apps built into the WeChat interface), are a unique WeChat feature and ingenious way to help guide the user journey and direct payments through WeChat Pay.

WeChat’s reach and unparalleled functionality, which continues to grow and expand over time, position it as a cornerstone of any China digital marketing strategy.

Sinorbis can assist with setting up a verified WeChat account and understanding how best to integrate it into your strategy.

Contact us today and discover how we can help you build and implement a successful China digital marketing strategy.